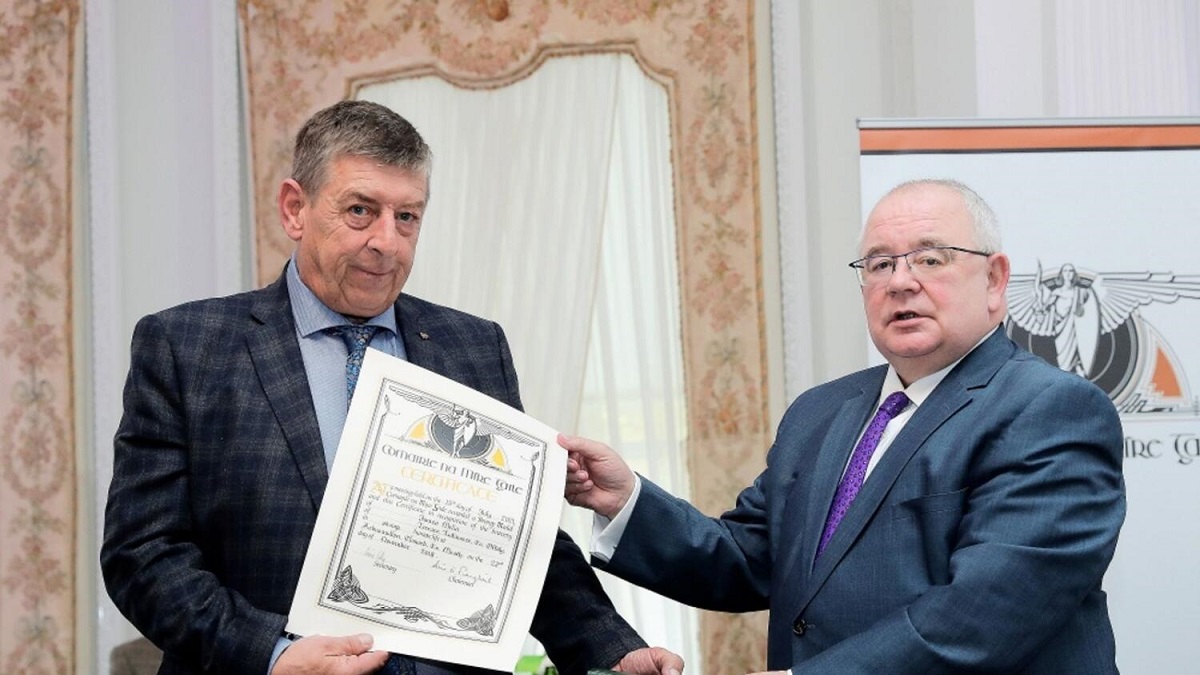 Today marks the 3rd anniversary of a life-changing event for one of our drivers who showed composure and foresight in a very difficult situation.

“On the morning of November 23, 2018, at Ardnamullen, Clonard, Co Meath, James Melia’s lorry was hit head on by an oncoming car in treacherous road conditions.  The driver of the car was seriously injured and was trapped in the car.

James exited his lorry, acted swiftly and immediately took actions to try and stop the spread of fire by using his own fire extinguisher. This failed to control the fire as the fire was too strong. As a passer-by went to get help, James remained calm and began getting fistfuls of clay and mud from a ditch and stuffing it onto the flames to keep the fire at bay and prevent it from spreading. James selfless actions resulted in extensive injuries to his hands including damage to his fingertips.

For his actions James was awarded a Bronze Medal and a Certificate of Bravery.”

We wish James our heartiest congratulations on his richly deserved National Bravery Award which was presented to him by Seán Ó Fearghaíl, the Ceann Comhairle, in Farmleigh House on Friday 12th November 2021.

Article taken from The Offaly Express. You can read the Houses of the Oireachtas press release here.

We use cookies to ensure that we give you the best experience on our website. If you continue to use this site we will assume that you are happy with it.
By clicking “Accept”, you consent to the use of ALL the cookies.

But opting out of some of these cookies may have an effect on your browsing experience.
Necessary Always Enabled

Any cookies that may not be particularly necessary for the website to function and is used specifically to collect user personal data via analytics, ads, other embedded contents are termed as non-necessary cookies. It is mandatory to procure user consent prior to running these cookies on your website.

Advertisement cookies are used to provide visitors with relevant ads and marketing campaigns. These cookies track visitors across websites and collect information to provide customized ads.

Analytical cookies are used to understand how visitors interact with the website. These cookies help provide information on metrics the number of visitors, bounce rate, traffic source, etc.